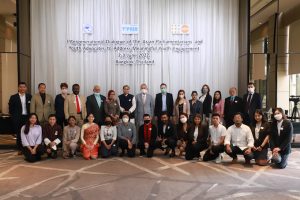 Delegates at the ‘Intergenerational Dialogue of the Asian Parliamentarians and Youth Advocates on Meaningful Youth Engagement’ discussed how meaningful dialogue amplify young people’s issues and lead to laws and policies which benefit them. Credit: APDA

He was speaking during the hybrid conference ‘Intergenerational Dialogue of the Asian Parliamentarians and Youth Advocates on Meaningful Youth Engagement’ on June 2 and 3, 2022.

Beck noted young people were severely affected during the COVID-19 pandemic because many were forced out of jobs due to the economic recession. Many other young boys and girls had missed school – some dropping out altogether. There was an impact on anxiety and depression and increased suicide. With almost a billion young people aged 10 to 24 years living in the mid to low and middle-income countries in Asia and accounting for 60% of the world’s population – this is a very powerful group that needs to be taken seriously.

“We know that young people are among the first to step up to help their communities rebuild. During the COVID 19 pandemic, young people were mobilized to respond to the crisis by working as health workers, advocates, volunteers, scientists, social entrepreneurs, and innovators,” Beck said. “We cannot address the diverse challenges in needs and support their leadership without partnering with them. It is, for this reason, that the engagement of young people in policy and programs is crucial.”

Meaningful youth engagement should include the poorest and the most marginalized. Beck said policymakers must have a systematic method for conducting open and inclusive dialogue. Many youth participants at the conference elaborated on this theme.

Ayano Kunimitsu, an MP from Japan, said youth made impressive contributions on the frontlines and through initiatives during the pandemic, even though they often faced structural barriers due to cultural norms and the digital divide.

Parliamentarians should ensure “opportunities are given to young people to exercise their potential and that youth voices are reflected into national policies and strategies,” she said. 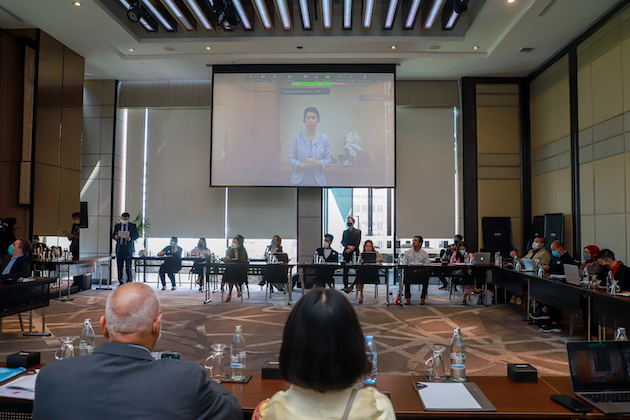 Young people were often the first to respond during a crisis, yet were often marginalized, an ‘Intergenerational Dialogue of the Asian Parliamentarians and Youth Advocates on Meaningful Youth Engagement’ co-hosted APDA and Y-PEER heard. Credit: APDA

Dr Jetn Sirathranont, MP from Thailand, represented the host country. While there were negative impacts due to the pandemic, Thailand changed its Criminal Code in February 2021 and passed a law that allowed women to unconditionally terminate their 1st term pregnancies.
Abortion is allowed under certain circumstances up to 20 weeks, he said.

He said though intergenerational discussions, youth were involved in developing youth policy and legislation alongside Parliamentarians.

Virasak Kohsurat, MP for Thailand and the former Minister of Social Development and Human Security, said the country’s constitution required that one-third of all members in a committee looking at draft bills be drawn from NGOs working for and with that group of the population. Likewise, with Senate committees, he said.

He suggested a combination of “deep listening” and being patient, polite, and open was an essential strategy for success in meaningful youth engagement.

When the subject matter could get emotive and controversial, for example, global warming and education, this strategy would keep the conversation on track.

During a discussion of the best way for young people to engage with parliamentarians, one delegate suggested that UN agencies could contribute to ensuring all, including marginalized rural communities, was included. The dialogue was crucial and should not leave anybody behind.

Rebecca Tobena, a youth delegate from Papua New Guinea, agreed, especially in a country like hers with a clear hierarchy and where women and youth are on the bottom rung.

Irene Saulog, a member of the House of Representatives in the Philippines, said the UN estimated that 30 percent of the world’s students, both at schools and universities, amounting to 1.5 billion people in 188 countries, were excluded from face-to-face learning during the pandemic.

This closure of school affected the youths’ well-being. 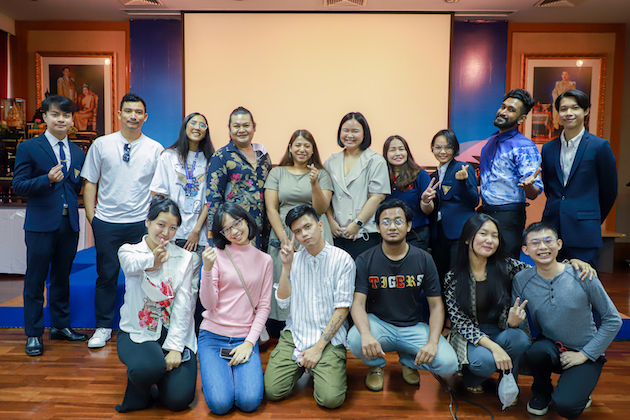 The young generation experienced significant psychological impacts of social distancing and quarantine measures during the COVID-19 pandemic, yet their contribution and creativity was praised during an ‘Intergenerational Dialogue of the Asian Parliamentarians and Youth Advocates on Meaningful Youth Engagement’ held virtually and in Bangkok, Thailand. Credit: APDA

The lack of face-to-face learning exacerbated inequality because students from marginalized sectors were less likely to have access to online education.

She quoted the International Labour Organization and the Asian Development Bank report, which estimated that an estimated 220 million employed young people ages 15 to 24 years old only have temporary jobs in the Asia Pacific.

“This results in them depending on taking informal jobs to earn a living, risking their health.”

Saulog noted that in the Philippines, 28 percent of the population of 30 million Filipino citizens were between 10 to 24 years old.

“With the right policies and investments, our country is poised to reap the benefits of a large number of youths … it was worth passing legislation that benefitted the youth.”

Youth made and are making major contributions, Saulog said. She wanted the audience to know that “we are delightfully surprised by your creativity”, especially in the digital age where the solutions created were “beyond our imaginations”.

Nepalese youth representative Safalta Maharjan noted that while youth were considered the country’s “future,” they were not prioritized.

Maharjan said youth should have the right to participate in the decision-making of a family, community, and public institutions on matters that concern them. The participation of youth in decision making was notably lacking in the rural areas

“Many youths in rural areas are uneducated, and this needs to be prioritized,” she said.

Thai Children and Youth Council members Dusadee Thirathanakul and Issara
Paanthong gave a joint presentation in which they said the National Child and Youth Development Promotion Act underpinned youth policy in Thailand, and during COVID-19 young people were involved in ensuring that students’ futures were not jeopardized. Youth also shared campaigns via social media and ran a civil rights campaign.

Rajasurang Wongkrasaemongkol shared details of a youth-led campaign, including AI, to improve the use of wearing masks and correctly. The project received high praise from participants – and reinforced the message of the effectiveness of youth-led projects.

The Intergenerational Dialogue of the Asian Parliamentarians and Youth Advocates on Meaningful Youth Engagement, held in Bangkok, Thailand, and virtually, was co-hosted by APDA, and Y-PEER. UNFPA supported the dialogue.
IPS UN Bureau Report